ARMECONOMBANK OJSC sums up the results of 2018

ARMECONOMBANK OJSC sums up the year of 2018 with significant achievements and considerable growth of key indicators ensuring the Bank’s consistent progress and the transition to the qualitatively new, more advanced stage.

It should be noted that due to the professional specialists, as well as accurate assessment of possible risks, the Bank’s loan portfolio maintains the traditional high quality and the problematic loans make only 1% of the portfolio ( in the banking system the given ratio in average amounts to 4,5%).

Among the achievements of 2018, the launch of “Mobile Banking” system was marked out, which allows the customers to enjoy the banking services without visiting the Bank.

The cooperation with the international finance and credit structures during 2018 was touched upon as well, mainly great importance was attached to the provision of loans under “Women in Business” program within the framework of cooperation with EBRD, the successful process of which was carried out by the technical support of EBRD.

The Bank was the first to introduce advance insurance product in Armenian banking system, which, within the framework of ‘’Affordable housing to young families’’ state target program of ‘’National Mortgage Company’, made mortgage loans more affordable to the consumer due to the low prepayment to be paid.

Summarizing his speech, the Chairman of the Executive Board thanked the Bank’s customers, shareholders and partners for their continuous trust and support.

In his speech, Saribek Sukiasyan, Chairman of ARMECONOMBANK OJSC Board, talked about the payment of dividends and charity projects, which, along with the development, are always viewed as priority. He noted that the efficient and precise use of corporate governance, internal control and risk management systems has further contributed to the Bank’s normal course of business.

Mr. Sukiasyan assured that the Bank would proceed with implementation of the Bank’s strategic plan ensuring steady development and progress. 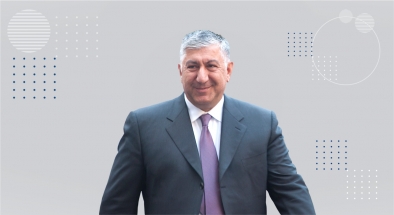 ARMECONOMBANK OJSC approved the new staff of the Board

ARMECONOMBANK OJSC summarized the results of 2019 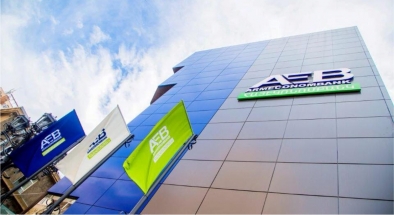 Information about overdue liabilities will be provided to ACRA credit bu...